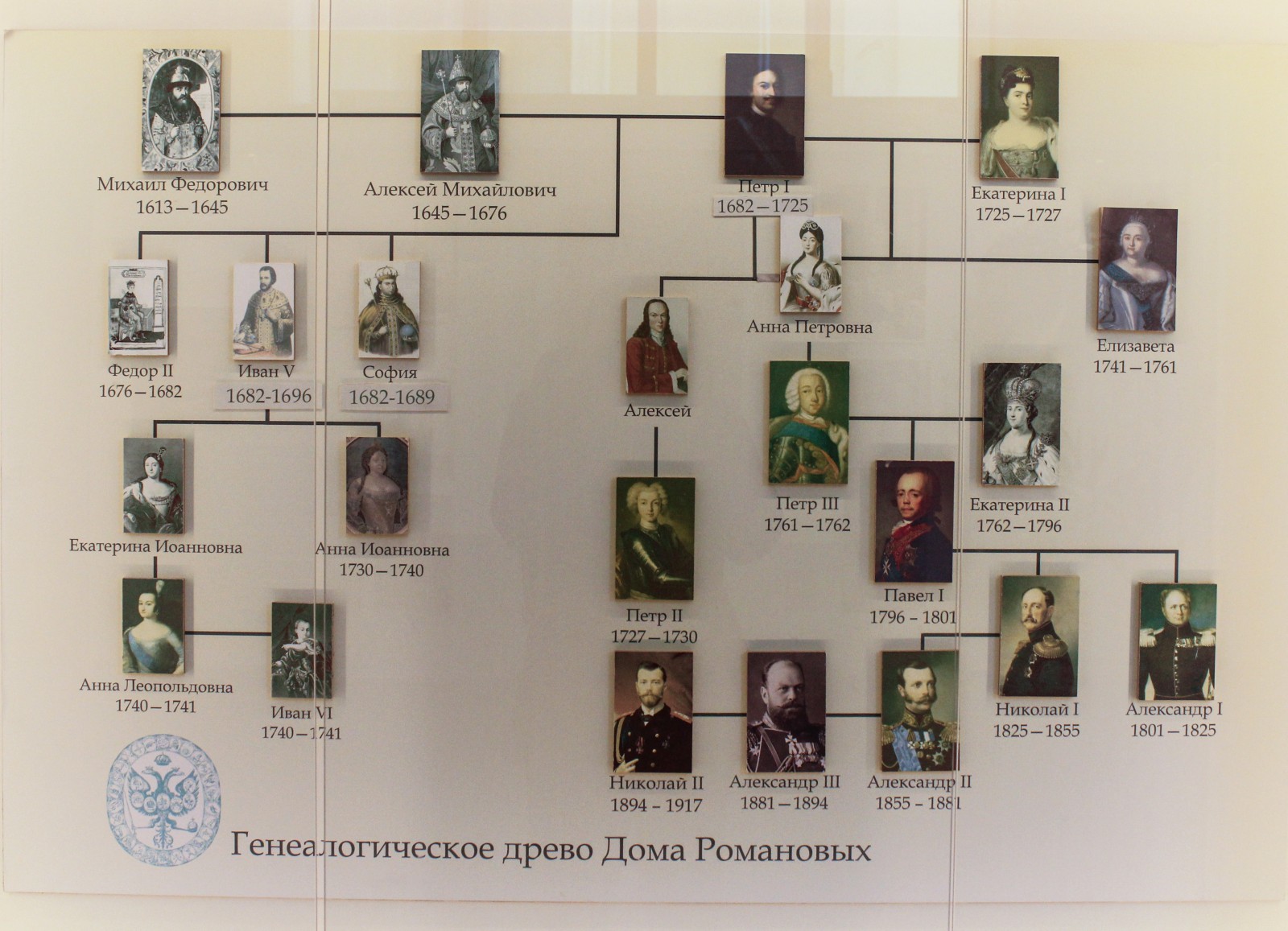 Etymology and the surname’s history

Romanov dynasty was descended from Zakharievs. But Patriarch Filaret (Fedor Nikitich Zakhariev) decided to took “Romanov” surname as his father and granddad did (Nikita Romanovich and Roman Ureic).

Boyar family Romanov (boyars- highest rank of aristocracy in Russia) gave birth to the most famous of the history’s Tsar dynasties. First Romanov Tsar was Michail Fedorovich Romanov, the last was the Nikolai the Second Romanov. Several branches of Romanov’s family still exist. All members of this great family live overseas, far away from Russia.  Romanov’s big family used the ‘’House Romanov’’ name like a brand and had a big and branching family tree, which had connections to almost all of the world’s most powerful dynasties. In 1856 the House Romanov have received its official emblem: a vulture that holds a golden sword and Russian shield, and on the edges of this emblem – eight Lions’ heads.

As it was already said Romanovs descended from Zakharievs. Some scientists think that their family was born in Novgorod, others think that the first ”Romanov” came from Prussia.

In Sixteenth century Romanovs-Zaharyevs received a new status, they became the relatives of the Tsar family. Ivan IV the Terrible (Rurikovich dynasty) married Anastasia Zakharieva. Now all of her relatives could potentially become the inheritors of the Russian throne. Romanovs used this possibility very soon, after the demise of Rurikovich dynasty. In 1613 First Romanov, Mikhail Federovich, was chosen as the Russian Tsar. From this time, the age of the Romanov dynasty begins.

In 1721 Russia finally became an empire. Peter the First proclaimed himself the first Russian emperor. There were 14 emperors and empresses from the Romanov’s dynasty.

After the death of Peter the first the throne was taken by women multiple times. After the coronation of Pavel the First the new law was proclaimed. Now only a direct relative and only male could be the Russian Emperor. This law was never cancelled and no women were accepted to rule the country anymore.

The last emperor from the Romanov’s dynasty was the Nicholay the Second, who received the nickname “Bloody”. The zhar decided to hold a big celebration in honour of his coronation. He has chosen a big field for the celebration and also ordered to prepare free gifts for people. Rumours about rich presents from the new zhar spreaded very quickly. As the result, huge ammount of people decided to visit the event. People began stomping each other and it led to a big tradegy killing 1400 people.

Some historians think Nicholay the Second was quite a soft and gutless ruler, however, he made some very serious mistakes both  in foreign and domestic politics. It has only worsened the country situation. Unlucky Japanese war and the World War I have undermined the reputation of the zhar.

In 1905 First revolution started. Nicholay the second was forced to give people civil rights that they were so eager to receive. His power and reputation took another hit. But it was not enough for people, new revolutions had occurred in 1917 in February and October. This time Nicholay the Second could not save his power, he signed the abdication pact and was killed soon after that together with all members of his family.  All relatives who hid in Tsarskoe selo, Saints Petersburg and other Russian cities were also found and killed. Only Romanovs who were Overseas saved their lifes. It was the end of  Romanov’s dynasty and the monarchy system in Russia.

300 hundred years of Romanov rule were full of tragedies, resistance and wars. However, the Romanov House have brought a lot of benefits to Russia and such things can never be forgotten. Romanovs held political, economic, social reforms  which made the Russian Empire strong and united country, a force to be truly reckoned with.