Kazan is a city in the South-West of Russia, located on the banks of the Volga and Kazanka rivers. 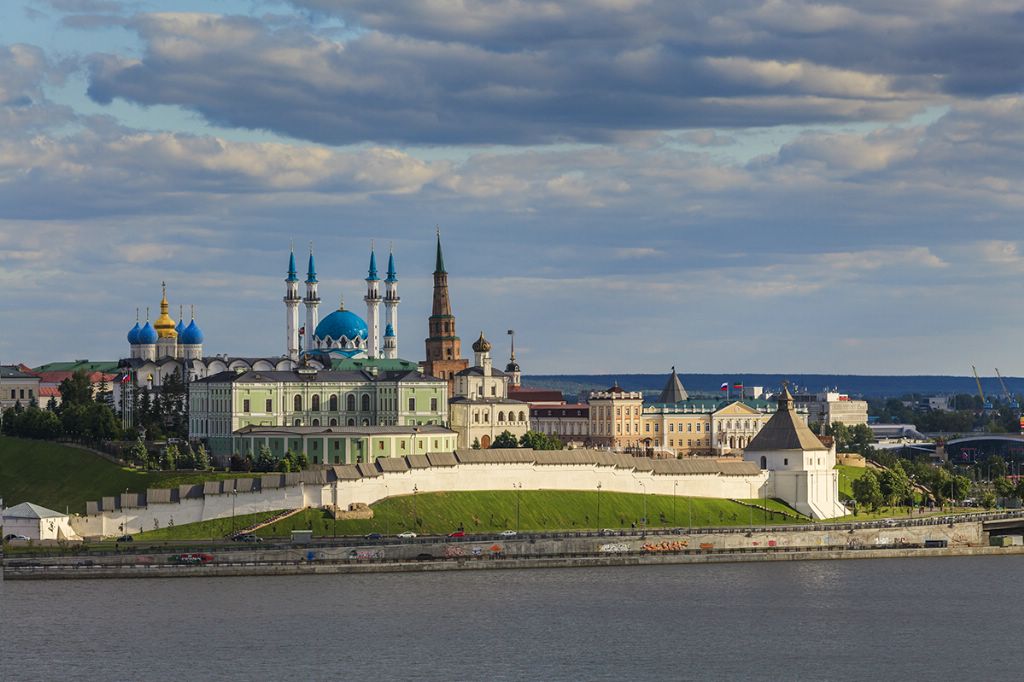 Kazan-one of the oldest cities in Russia is located on the banks of the Volga river, 820 kilometers from Moscow. The capital of Tatarstan, where 115 nationalities live. More than 50% of the population are Tatars, the second largest – Russians. Russian and Tatar are state and equal languages. Tatarstan is a secular Republic, where more than 1,000 religious associations are registered. The most common are Islam and Orthodoxy. In Kazan there are mosques, Orthodox, Catholic churches and churches, a synagogue and other religious buildings and centers. In 2014, the international website TripAdvisor included Kazan in the ranking of the fastest growing tourist destinations. The capital of Tatarstan, where more than 1 000 000 tourists come every year, took 3rd place in Europe and 8th in the world. The number of exciting excursions and tours to the sights of Kazan and the surrounding area is amazing. Kazan is one of the most equipped cities in Russia in terms of sports infrastructure. In 2009, in an Internet survey, Russians recognized it as the country's sports capital. Kazan has hosted several national and world level sporting events, including two world ice hockey Championships (2005, 2011), the summer Universiade (2013), the world fencing championship (2014), and the world football championship (2018). The city has a large number of sites for sports and outdoor activities. In particular, there are sports complexes where you can play hockey or skate, ice rinks, water parks with swimming pools and attractions. For outdoor enthusiasts there is a rope Park and a karting center. What to see Kazan planetarium, the only one in Russia, located on the territory of the University (CFU), offers visitors interesting excursions, watching popular science films in the mode of special effects, astronomical observations, romantic evenings. In the atmosphere of carefree warm summer immerses a visit to the Park of tropical butterflies. There is also a hall of terrarium animals and a petting zoo (where you can feed the animals). Not far from the town of Ostrov-grad Sviyazhsk is a fortress city on an island 30 km from Kazan, built in 1551 by the troops of Ivan the terrible in just 4 weeks. The historical and architectural complex of Sviyazhsk includes four monasteries, three churches, two cathedrals, a bell tower, and a monument to the victims of political repression. In addition to regular excursions on the island are music festivals, theatrical performances, an annual tournament in archery and crossbow.  Blue lakes are a popular holiday destination for residents and visitors. Reservoirs depth from 2 to 18 meters fed by groundwater, do not freeze in winter. The water in them is characterized by absolute transparency, high salt content. At the bottom – silt salt mud. Swimming in Blue lakes is not only pleasant, but good for health.

Kazan is the capital of the Republic of Tatarstan and one of the oldest cities in Russia. Kazan is located on the left Bank of the Volga in the place where it flows into the river Kazanka. This river flows from the northeast to the West, crossing the city center and conditionally dividing it into two parts. Getting from one part of Kazan to another is very easy, as the city areas are connected by dams, bridge and metro line.