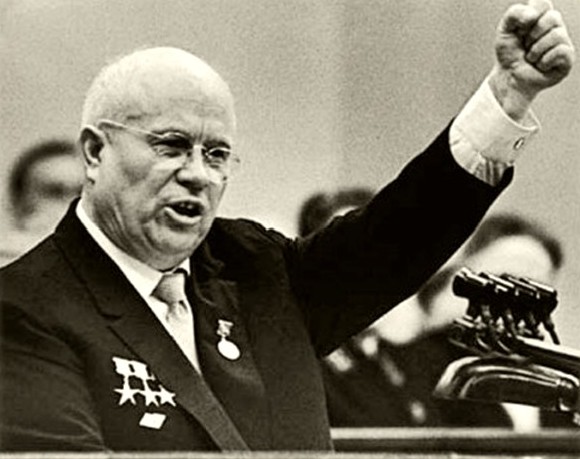 the third Communist Leader of the USSR

Nikita Sergeyevich Khrushchev is one of the most controversial persons in the entire history of the Soviet Union. He was born in the family of workers, but he managed to become the first person in the USSR. He had a lot of achievements in rearrangement of the Soviet society after Stalin's regime. Nikita Sergeyevich Khrushchev became the brightest reformer of the USSR. His rights and wrongs are all still being heavely discussed.

Nikita Sergeyevich Khrushchev was born on the 15th of April 1894 in Kalinovka village, Kursk region, in the poor miner's family. His childhood was not that easy. His was forced to work since he was very young to help his family to survive.

His first education was received by him in Parochial school, where he has studied literacy. During his summer holidays, he was working as a shepherd, and during his winter holidays he was studying writing and reading. Since 14 he began working at the car factory, where he studied to become a locksmith. Then,  he  worked at the coal mine, where he was admitted to the communist party.

In 1918 Nikita Sergeyevich Khrushchev becomes a member of the Communist party. After two more years, he becomes a political leader of Donbas mine. During this period, the future Soviet leader goes to Donbas Industrial College to the technical Faculty. Here he begins to participate very actively in all of the communist activities. He soon becomes a secretary of the party of this college. 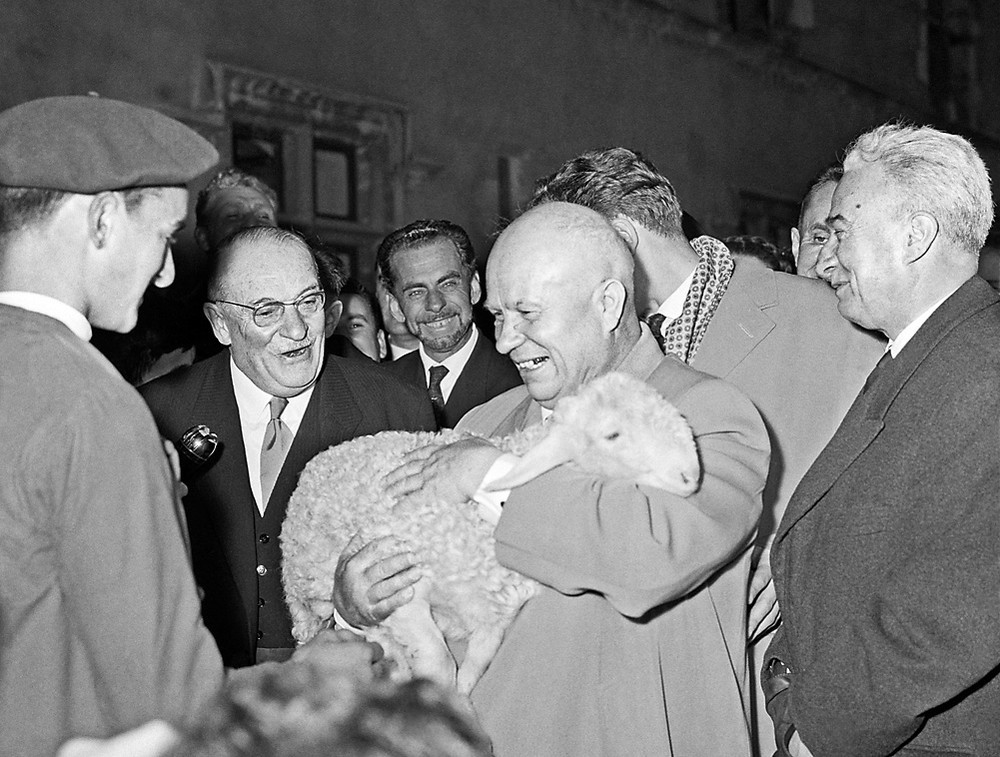 Khrushchev’s real political career begins from 1928. Then, Kaganovich, admitted him to the Communist party of Ukraine. Khrushchev was sent to the Industrial Academy of Moscow because his middle-ground education was not enough for the republican-level official.

At the Academy, he begins to participate in the communist activities. Soon he started leading the political bureau of this institution. He was more interested in politics rather than in studying. His enthusiasm and diligence were then positively evaluated by the Soviet leaders. Soon he became the second secretary of the Moscow City Hall. In 1934 he is appointed as the head of the Moscow Party organization, replacing his former protector, Lazarus Kaganovich.

In 1938 Nikita Sergeyevich Khrushchev returns to Urkaine, where he becomes the first secretary of the Ukrainian SSR (Social Soviet republic). After receiving his first work trophy, Nikita Sergeyevich Khrushchev actively begins to reconstruct Ukraine in 1937. He was getting rid of his political competitors. As the result. he has personally repressed almost 120 thousand people from the western Ukraine in one year. However, he was not killing them, just exiling them from their homelands.

During the Great Patriotic War he was leading partisan movement. By the end of the war he became a lieutenant-general. In accordance to the studies of historians, he was blamed for the series of losses on the Ukrainian territory.

In 1953 Nikita Khrushchev, after the death of Stalin, he is becoming the First Chairman of the Communist Party of the Soviet Union. When the entire country was mourning for Stalin, Nikita Khrushev, together with his comrades, (Marshal Zhukov was one of them) have overplayed their enemies in the struggle for power.  Khrushev killed the main applicant to rule the country, Lavrentiy Beria, which he declared to be the enemy of the nation. Beria was executed later.

In September 1953 Nikita Khrushchev was chosen as the first secretary of CPSU. It was quite a surprise for Soviet people, as Nikita Sergeyevich Khrushchev was constantly being shown as a semi-literate nonchalant fool by Stalin.

Nikita Sergeyevich Khrushchev's years of ruling were characterized by both serious fails and serious successes in the USSR's economics. The biggest flop was his "corn" epopee. Soviet leader decided to make corn a “queen of the fields”, the main crop of the USSR. He ordered to grow corn everywhere, even in the places unsuitable for it, such as Siberia or Georgia. Without certain soil and chemicals, it was impossible to get any results. His agricultural reform has failed dramatically.

He was also remembered for the reforms called “Khrushchev Thaw”  and it was connected with the exposure of Stalin’s cult. His reforms were removing the catastrophic consequences of Stalin’s repressions of 1930s. He freed thousands of political prisoners. During his power, he proclaimed more social and political freedom in all aspects of social life and media. Also, for the first time, the West was no longer considered to be the enemy of the USSR.

But, still, Nikita Sergeyevich Khrushchev ‘s economic reforms were disastrous for the country. Ambitions leader of the USSR have decided to overthrow America. He wanted to increase the economics of the USSR. It led to unexpected failure in agriculture and catastrophic famine.

However, some of his reforms were succeful. He began a great building project and built acccomodations for a lot of Soviet families. These flats, the so-called ''Khrushchyovkas” were extremely small. Nevertheless the degree of comfort has much surpassed the conditions of living in communal apartments where they lived before. The population was very happy to get their own flats, their own place to live in.

Nikita Sergeyevich Khrushchev has also initiated the space program. During his stay in the Government some of the greatest achievements have been made. These achievements were important not only for the USSR, but for the entire world. First satellite ever to be launched was launched in the USSR, Gagarin’s famous flight, making him a first man in the space! Nikita Sergeyevich Khrushchev is also famous as a patron of art. He eased the censorship in literature and launched the translation of TV chanels in most parts of the USSR. He also paid attention on the cinema industry. First films of “Khrushchev’s thaw” were "Carnival night", "Amphibian man" and others that are still perceived as the masterpieces of the Soviet Art and are very popular with Russians.

Nikita Sergeyevich Khrushchev's personal life is no less interesting than his political achievements and career. The Third head of the USSR was married twice and had five children.

First time he got married at the beginning of his party career. He got married to Yefrosinia Pisareva. She died in 1920 from typhus. In this six-year marriage two kids were born: Leonid and Yulia.

His second wife was Nina Kukharchuk. She became the first lady in the USSR.  She was escorting him to all of the official events. Nikita Sergeyevich Khrushchev has lived with Nina Petrovna for 40 years in a civil marriage.They have married officially only in 1965. In the second marriage three more kids were born- Rada, Sergei and Elena.

With Nina Petronas Nikita Sergeyevich Khrushchev has lived until the end of his life. After his retirement, he was “exiled” to Moscow to his Near Moscow country house. Nikita Sergeyevich died from the heart attack in 1971.  He was buried in Novodevichy cemetery in Moscow.

Nikita Sergeyevich Khrushchev became a part of the Soviet history as a controversial figure. Even after 70 years have passed after his rule, his winged phrases and various idioms are still a part of our life. "We will bury you" and "Kuzkina mother" are fondly remembered by both USA and Russia.