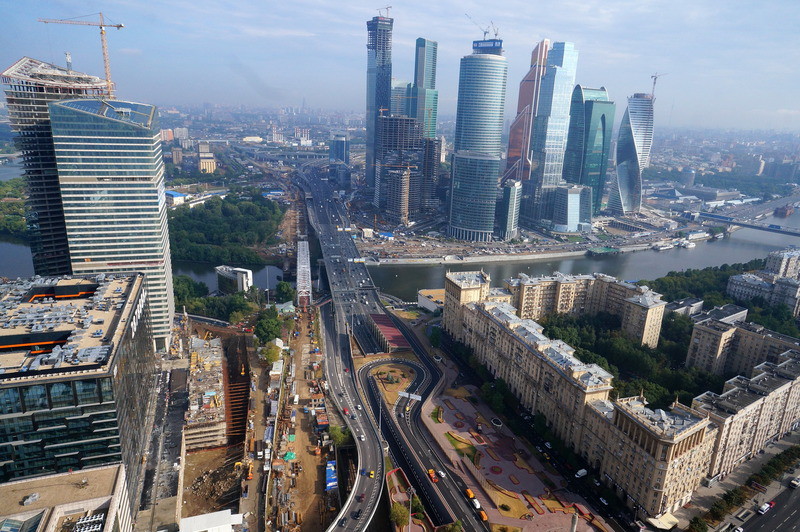 1. Moscow is the capital of the Russian Federation, it is also the biggest city in the country.

2. The date of the foundation is yet unknown, but for the first time Moscow was mentioned in chronicles in the year 1147.

3. Moscow is the biggest city not only in Russia, but in Europe, too. Moscow’s area is 1,081.00 square kilometers.

4. According to the official data 2010 Moscow population is 11 514 300. The real number is at least 3 million higher. It is explained by the fact that population census counts only officially registered citizens, whereas there are at least 2,5 to 3 more million living in Moscow without registration. Moscow and its population is constantly growing, consuming all villages and outskirts.

5. The city is built on the bank of Moskva river, which was called Moscow river from the 19th century. Its length is 502 kilometers.

6. The oldest Cathedral is the Assumption cathedral, which was built in 1475 and consecrated in 1479.

7. Another interesting fact is that you need to live in Moscow for at least four generations to be considered a true aboriginal, but such people constitute less than two percents of the population of Moscow (200-210 thousands). The number of Russians has decreased from 90 to 83 percent in the last twenty years, but Armenian and Georgian population has increased by 3 times, Azerbaijanians increased by 5 times!

8. Russian survey has shown some interesting information: a total sum of votes has shown that 69 percent think that Moscow is just a big city, without anything special. 22 percent of citizens think that Moscow is the representation of eveything magnificent and beautiful. 36 positively think of Moscow. And almost 35 think that they don’t really feel emotional about Moscow. The most surprising fact was that 20 percent of Russian respondents had negative attitude towards Moscow.

10. Only 3 percent of Moscow citizens regularly visit museums11.Tretyakovksy passage is the most expensive street in Moscow. Most famous world boutiques are located there. Another interesting fact is that Georgio Armani’s boutique is the biggest one in Europe. The boutique itself is 685,5 square meters wide.

11. The biggest zoo is situated in Moscow, it was founded in 1864. Currently more than 3 thousand species of animals inhabit it. The zoo consists 550 types of animals from all around the world.

12. First public theatre was built on the Red square, near Nikolaesvkaya tower in 1702-1703, by the order of the tsar Peter the Great. Currently there are more than two hundred theatres in Moscow, the oldest of which is Moscow student theatre.

13.The first Moscow museum was created in 1791. It was Moscow University Museum of Natural History. It would be later renamed to Zoological museum.

14.The oldest park of Moscow is the Aleksandrovskiy garden, which was built in the 18th century.

15.The biggest out of 500 official libraries is located in Moscow. It is the Russian Government Library. (former Lenin library). It holds more than 40 million books on 247 languages of the world. This library is world's second largest after the National Library of Congress, which is located in Washington D.C.

16.The total length of all the Moscow streets is 4,350 km! Some curious Russian scientists have calculated that it will take more 36 days with the average speed of 5km/hour to cross it on your feet!

17.The oldest clock tower in Moscow and Russia is Kremlin clock on Red square. The clock tower is dated 1491-1585 by most historians, but the real date is still unknown. The biggest clock, however, is on the main building of the MSU, it was installed in 1953.The diameter of this clock is nine meters. The length of minute hand is 4,2 meters, and its weight is 39 kilograms. The hour hand is 50 centimeters shorter, but weighs 11 kilograms more.

18.Ostankino tower is considered to be the biggest tower in Europe. It has got 3 544 steps.

19.Moscow has the largest number of billionaires, with the record-breaking number of 74. The former record was held by New-York with 71 billionaires.