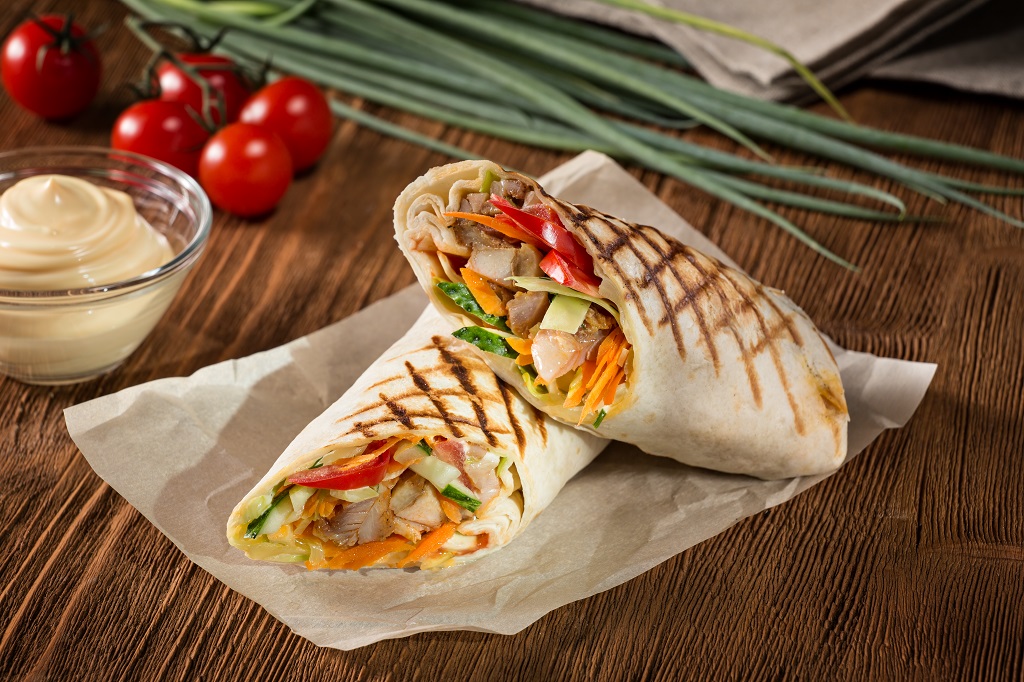 Everyone has their own guilty pleasures: a confirmed aesthete and snob can  wear  the evening through watching a soap opera or a talk show and a supporter of healthy life style can secretly eat nutritious kebab.

Especially if one comes from St. Petersburg, where this classic Oriental dish has been elevated to a cult.

People can eat shawarma, standing in the cold at a stall or  sitting on couches of luxurious  restaurant, it is prepared from the usual meat with vegetables and surprisingly unexpected ingredients from crab to peanut butter.

Where and when did the kebab appear?

There are several versions, but the main one says that the cooks first began to press meat into layers in the 17th century in the Ottoman Empire, in the province of Erzurum, and the vertical spinning spit appeared a couple of  centuries later in Bursa, in northwestern Turkey. The new dish was named "dener kebab" and soon fell in love in Istanbul, where it spread all around the world, changing the name and recipe, but remaining recognizable and seductively delicious.

In Greece and the Czech Republic Shawarma is referred as "gyros" (Yes, the word "gyro" has the same root, and you already know why), in Armenia — "Karsi-khorovats" in Belgium — "Pete durum" and Lebanon — «Kubba».

The triumphal procession of Shawarma in Russia began at the end of the last century: Bashar al-Shumar from Syria, claims to have opened the first stall in the Northern capital at the Vitebsk station in 1992. Today he owns a chain bistro "Syrian cuisine", this is not surprising because the Eastern street-food in the shortest time won the hearts and stomachs of the natives. Stalls are multiplied at metro stations, railway stations and near large shops, overgrown with tables, expanded the range-wanting to sit with a plastic Cup of kvass or beer enough. And the unusual, hearty, quick to prepare Shawarma was the perfect snack for the hardworking citizens.

There has never been a shortage of street food in St. Petersburg: belyashi (round fried meat pie ), sausages in dough (hot-dogs)and especially pies — with jam, cabbage, carrots also claim to be legends.