War is, without a doubt, one of the most horrifying things in our world. One of the most interesting thing about this theme is its dual nature 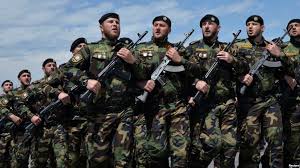 War is, without a doubt, one of the most horrifying things in our world. One of the most interesting thing about this theme is its dual nature. Some consider war necessary for society, and others think of it as unneeded. Some think of it as horrifying and unjust, others as glorious and righteous – some as disgusting, others as empowering. The central figure of any war is the soldier. Not a senior commander, but an average soldier, with his normal life left far behind, while he struggles for life and liberty for all in the battlefield. He is considered the protector, the guardian of all things good – since defense of one’s homeland is always considered to be valorous as compared to attacking someone else’s country. There were various holidays in the ancient world that honored the warriors, their motives and their symbolism, their laurels and their ultimate sacrifice of their lives.

The Defender of the Fatherland day is a relatively new holiday, that is celebrated on February 23rd, in Russia. This holiday celebrates the glory of the Soviet Forces, achieved on February 23rd, 1918, the day when Red army took control of Petrograd. This date was also selected for this commemoration because the decree for the establishment of the Red army was also published on February 23rd. Ever since 1918, Russia has remembered the victory of her   soldiers, every year.

February 23rd is somewhat analogous to International Women’s Day. As this holiday is rather new, its traditions are quite small and can be divided in two main groups. People who celebrate this holiday in a more literal way congratulate veterans, who served in the army and protected their Fatherland . They celebrate their bravery and prowess in war, they visit vetarns’ last resting places, and they go out and meet with their veteran friends. The other group greets men in general, irrespective of whether they have a history with war or army. This is a more light-hearted celebration, as men receive gifts like socks, shaving gel or shampoo. Whether you personally treat this holiday seriously or with humor, you will agree that the soldier and the war  are two different things – actions and aspirations of a state are different from the actions and aspirations of its individual men, whether they are warriors or not. Men, too, should be celebrated. So try to give them a special day that they will remember. On this day, try to honor men’s best qualities – their strength, their intelligence, and their care.

Most will agree that humanity should avoid war. An average man does not generally want war, but we know that if a violent conflict arises, there will be men of our country to defend us. This Holiday, despite having lost some of its luster, is as important for society as it ever was. Hopefully, humanity will never have to see a war ever again. In these peaceful times, appreciate your loved ones and care for them. Maybe the world will become a nobler place to live in.