The traditions of love 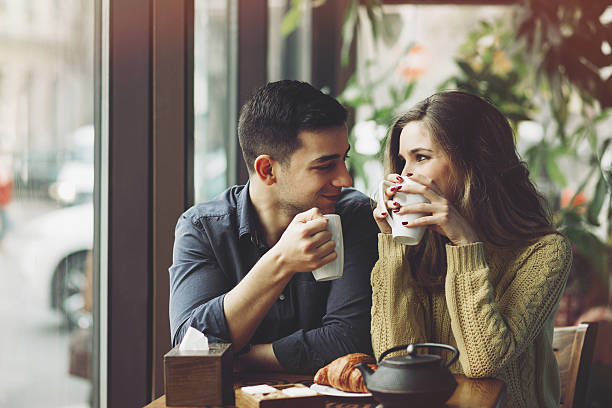 Saint Valentine’s day is celebrated on the 14th of February every year, but it is not an official holiday in any country. It originated as a Western Christian Liturgical feast day honoring one or more early saints named Valentinus. Nowadays, it is associated with romance and is recognized as a significant cultural and commercial celebration in many regions around the world. On this day, couples congratulate each other, and people not yet together express their emotions of love to each other to start their relationships. Cupid is the main symbol of the holiday. Legend holds that whoever is shot with Cupid’s arrow immediately falls in love with the first person he sees.

But this day is not just for romantic pairings.  Many of its traditions celebrate friendship and family values. Single people also get something special this day, since most events on this days aim to connect single persons with each other. Cities organize concerts, and restaurants offer special prices for couples. Thanks to its rich history, and since this day celebrates such wide groups of people, numerous traditions and symbols are associated with this day of love.

Most of its traditions and symbols are about showing affection: romantic couples give flowers (red roses mainly) and chocolates to each other, prepare small sentimental gifts and surprises, write poems to each other or even make marriage proposals. Many take the day off to spend time with their beloved. Another tradition is giving a special Valentine’s Day card, a great way to show your affection to a certain special person. Friends, as a tradition, try to help their single pals find their own special one to celebrate this event.

With its roots in religion, the day became associated with romantic love in the 14th century, when the culture of courtly love had begun to blossom. But, despite its religious roots, the people celebrating it almost never associate it with religion. In the modern era, Geoffrey Chaucer is the earliest known person to have introduced this tradition into his inner circle. Later on, the tradition evolved in 18th century England. Lovers began showing their affection by gifting each other with confectionary, flowers and valentines’ day’s special greeting cards, that expressed their feelings in poetry. The key was introduced as a symbol for Valentine’s Day, denoting a romantic invitation to open one’s heart and romantic vulnerability, though it is rarely used today. Saint Valentine’s Day’s traditions have evolved since then with many cultures around the world bringing something new to the table. Different historical images came from different cultures, e.g. Ancient Greece (heart-shaped outline), Christian traditions (white dove), etc., but now they are commonly used as marks of love itself, not necessarily associated with Valentine’s day.

Most of the Day’s traditions remain the same, but some countries offer a special twist to this celebration. For example, absolutely everyone in Japan receives a special type of chocolate. The type of chocolate you receive can tell you a lot about your place in the life of this person. There are chocolates for friends, family, single people and for significant others. Irish couples undertake a pilgrimage to their countryside, leaving society for a day or two, ignoring their busy social circles, and turning off their cell phones. In Russia, couples make special handcrafted gifts to each other or a diorama about their relationships. Another interesting thing about Russian St. Valentine’s day is that couples dedicate a day to their beloveds, relishing in each other’s activities and lifestyle .

Differences in traditions aside, the sentiment behind Saint Valentine’s Day remains the same across all cultures. Do something genuinely affectionate, memorable and, most importantly, sincere. This is truly a very warm celebration that unites all couples and single people, so go on and do something memorable for your loved ones! This is a great day to congratulate, celebrate and commemorate your love and to help your friends find their own piece of happiness.