Many generations celebrate Old New Year and do not even think about its history or origin. For many believers, it symbolizes the end of fasting, which is already a big reason to celebrate. 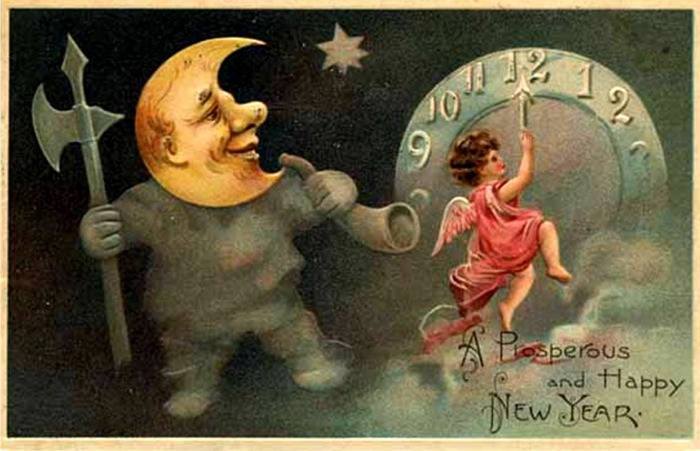 The Old New Year is one of the most unique holidays. It is celebrated on the night of January 13-14 in many countries, including the post-Soviet space. Unlike other celebrations it doesn’t possess special symbols or traditions, but a lot of its charm comes from its history and variety in different countries. Visiting Russia in this special time is truly a worthy experience.

Many generations celebrate Old New Year and do not even think about its history or origin? but it is a big part of russian history.
For many believers, it symbolizes the end of fasting, which is already a big reason to celebrate.
The Old New Year is a holiday that is celebrated unofficially. This festive day arose because of a change in the chronology. The tradition to celebrate the Old New Year came to us because of divergence between calendars: Julian - "old style" and Gregorian - "new style".
Almost all states of Europe switched to the Gregorian chronology in the XVIII century, removing few days from the calendar. By the twentieth century, the calendar of Russia for 13 days lagged behind European, long passed to the Gregorian calendar. Take a trip to Russia to understand this tradition completely.

For this break in 1918, a decree of the Council of People's Commissars made a transition to the Gregorian calendar - a new style. In fact, after January 31, February 14 already came. As a result, St. Basil's day became an old New Year on 14 January. The Orthodox Church continues to celebrate all church holidays according to the Julian calendar. The modern New Year falls on the pre-Christmas post - an Orthodox forty-day post in honor of Christmas.
Focusing on the Julian chronology of the holiday - the Christmas post preceded the Christmas holiday, after which people celebrated the New Year for 6 days. The difference between the Julian and Gregorian calendars is gradually increasing, and from March 1, 2100 it will be 14 days, so from 2101 the Old New Year will be celebrated a day later.

For many years in the post-Soviet countries, including Georgia, the Old New Year is celebrated.
In fact, the New Year in the old style is know and beloved in different parts of our planet. There are even countries that celebrate the coming of the New Year twice in a year.
This tradition can be found among the inhabitants of the former Yugoslavia. The reasons are also the same - the ministers count all the significant dates according to the Julian system of chronology. Serbs call this holiday "Serbian New Year" or "Small Christmas". In Montenegro it is called "The Prava Nova Godin", which means "The Right New Year". The same day is even celebrated in India as the sun ends its southward journey and starts moving northward. It is called “Makar Sankranti”. The tradition of the Old New Year has been kept in Palestine, Jordan, Armenia, Belarus, Uzbekistan, Ukraine, Ukraine, Wales, Switzerland, Scotland and even in Africa!
The Old New Year is celebrated worldwide. People attend great feasts, sing, dance, prepare presents for each other. It may have different names or activities, but this spirit of this holiday remains the same: it is a celebration for both believers and for people who enjoy celebrations. It is another reason to spend time with your family and friends, to get and to give presents and just have fun. So try to visit Russia on this truly warm celebration.